If I had to pinpoint a scenario where I am most happy and content, it would be this:

Sunbathing in 30 degrees in a hot country, with an ice cold Diet Coke & a great novel.

I appreciate my idea of a great novel could be somewhat different to others, so I’ll just clarify that before I dive into the review.

And then there’s Harry Potter. Which I will just re-read until forever. But other than HP, I’m not a fan of many other fantasy novels.

So now you know where my preferences lie, you’ll have a good idea of whether to continue with this blog post or not.

I read 5 books on my honeymoon in Vietnam (we were away for 10 days, so this is quite an average reading speed for me on holiday – wish I could say the same for when I’m home!). I’ll review them in order of my faves, but I can honestly say there wasn’t one I didn’t thoroughly enjoy.

You’ll know from the ‘Welcome’ bit on my homepage that Jodi Picoult is my most fave author of adulthood (taking over from Enid Blyton & Jacqueline Wilson from my childhood) so I try and buy her new novels as soon as they’re available for pre-order. But thankfully there’s still novels from the early noughties that I’ve not had the pleasure of reading yet.

And this is one of them.

Blurb: After years of cruel bullying from his classmates, Peter Houghton snaps one morning, and in nineteen minutes, ten residents of the town of Sterling are dead. When the case goes to trial, the reeling town is determined to seek justice for the innocents Peter killed.

But as the trial unfolds, Peter’s testimony casts light on the terrible role the residents of Sterling have played in turning a sweet, loving boy into a killer, and it isn’t long before Sterling’s illusions of innocence find themselves shattered forever

My review: Just like with every Jodi novel, this one has a great insight into the legal system alongside some amazing moral dilemmas. And a truly out-of-no-where-shocking-twist that I can only dream of being able to craft when I get around to writing my first novel (eek..).

School shootings are one of the horrors of our world that can make me cry even thinking about them, I think it’s that the purpose of them is to target children and teachers who’s passion is to protect kids – it’s just horrific that it happens. Peter’s backstory is interesting to hear – and I think Jodi approaches it really well, ie doesn’t make the reader feel sorry for the villain, but does help us see his point of view. At some points I wondered if she would make him seem like a victim himself, but she got the balance right I felt, which I was pleased about. I ain’t got no time for feeling sorry for a murderer.

Amazing as all Jodi’s books are. 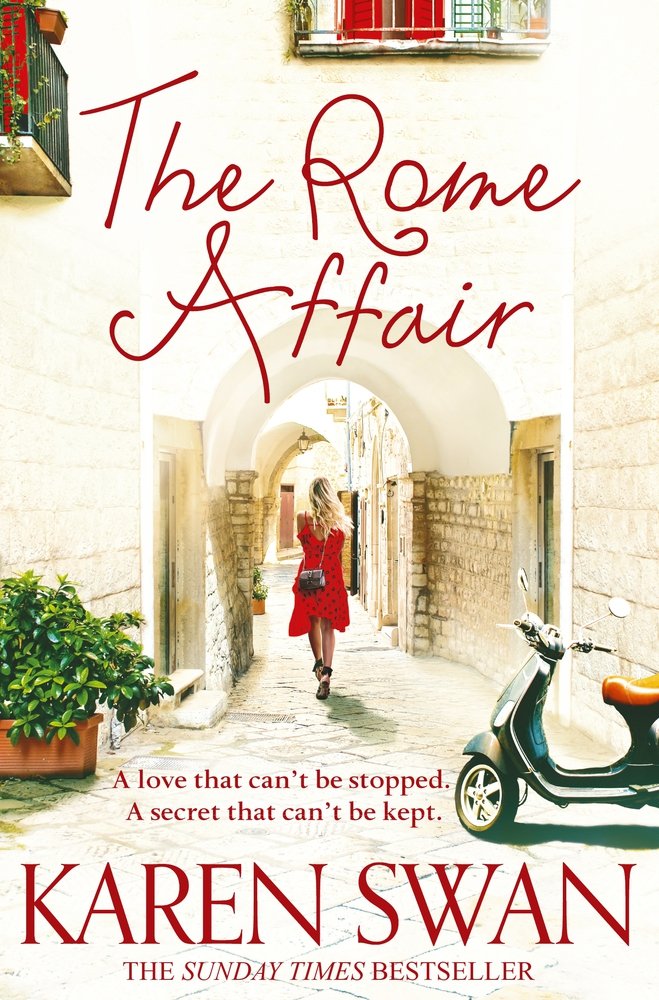 This was the first novel of Karen’s I’ve read – a glorious charity shop find – but I’m going to dig out some more after reading this one. I had a Google of other books of hers and there’s a few set in similar, romantic locations to The Rome Affair – including Paris – which is super appealing to me.

Blurb: 1974 and Elena Damiani lives a gilded life. Born to wealth and a noted beauty, no door is closed to her, no man can resist her. At twenty-six, she is already onto her third husband when she meets her love match. But he is the one man she can never have, and all the beauty and money in the world can’t change it.

2017 and Francesca Hackett is living la dolce vita in Rome, leading tourist groups around the Eternal City and forgetting the ghosts she left behind in London. When she finds a stolen designer handbag in her dustbin and returns it, she is brought into the orbit of her grand neighbour who lives across the piazza – famed socialite Viscontessa Elena dei Damiani Pignatelli della Mirandola.

Mutually intrigued by each other, the two women agree to collaborate on a project, with Cesca interviewing Elena for her memoirs. As summer unfurls, Elena tells her sensational stories, leaving Cesca in her thrall. But when a priceless diamond ring found in an ancient tunnel below the city streets is ascribed to Elena, Cesca begins to suspect a shocking secret at the heart of Elena’s life.

My review: I was sucked in straight away by this book as Karen structured it in, what I think is, one of the best and most clever ways to structure a novel. The book takes us back and forward in time and the reader gets to see the past version of Elena and the present version – and the story in between helps us to link those two versions of her together and gradually understand how and why she has become the person she is.

The love story sub-plot for Francesca is interesting but I did feel it got a bit far-fetched/make believe at points, but the main plot made up for it.

A fair few clever twists through – not totally ground-breaking like Jodi’s – but still kept me on my toes. The Italian setting is also dreamy and Karen did a lush job of getting the Rome scene spot on.

I’ve read a few Cecelia Ahern novels, but I haven’t ever classed them as some of my ‘total faves’, and the same goes for this one. That said, this is the first one I’ve read where the plot has stuck quite vividly in my mind 1 month down the line.

Ever since the day her classmate vanished, Sandy Shortt has been haunted by what happens when something – or someone – disappears. Finding has become her goal.

Jack Ruttle is desperate to find his younger brother who vanished into thin air a year ago. He spots an ad for Sandy’s missing persons agency and is certain that she will answer his prayers and find his brother.

But then Sandy disappears too, stumbling upon a place that is a world away from the only one she has ever known. Now all she wants, more than anything, is to find her way home.

My review: My first thoughts when starting this novel was ‘oh wow, is this going to be a bit too fairy-tale-esque for me?’ And, to answer that question, it was at points. But it was still an enjoyable read.

Without too many spoilers, this book is based heavily on – what I would call – a make-believe world. Obviously, you may not think so. Cecelia leaves it very open as to whether the book’s events end up being real or not, which is nice – and, if you’re a realist like me, you’ll probably agree with me by the end. But don’t let that deter you from reading it.

The main character also has OCD which, having been diagnosed and having CBT for OCD myself, was quite nice to see reflected in a book as OCD generally isn’t the most used trait in novels that I read.

This was definitely one of the more ‘fluffy’ reads on my honeymoon, but I won’t complain. 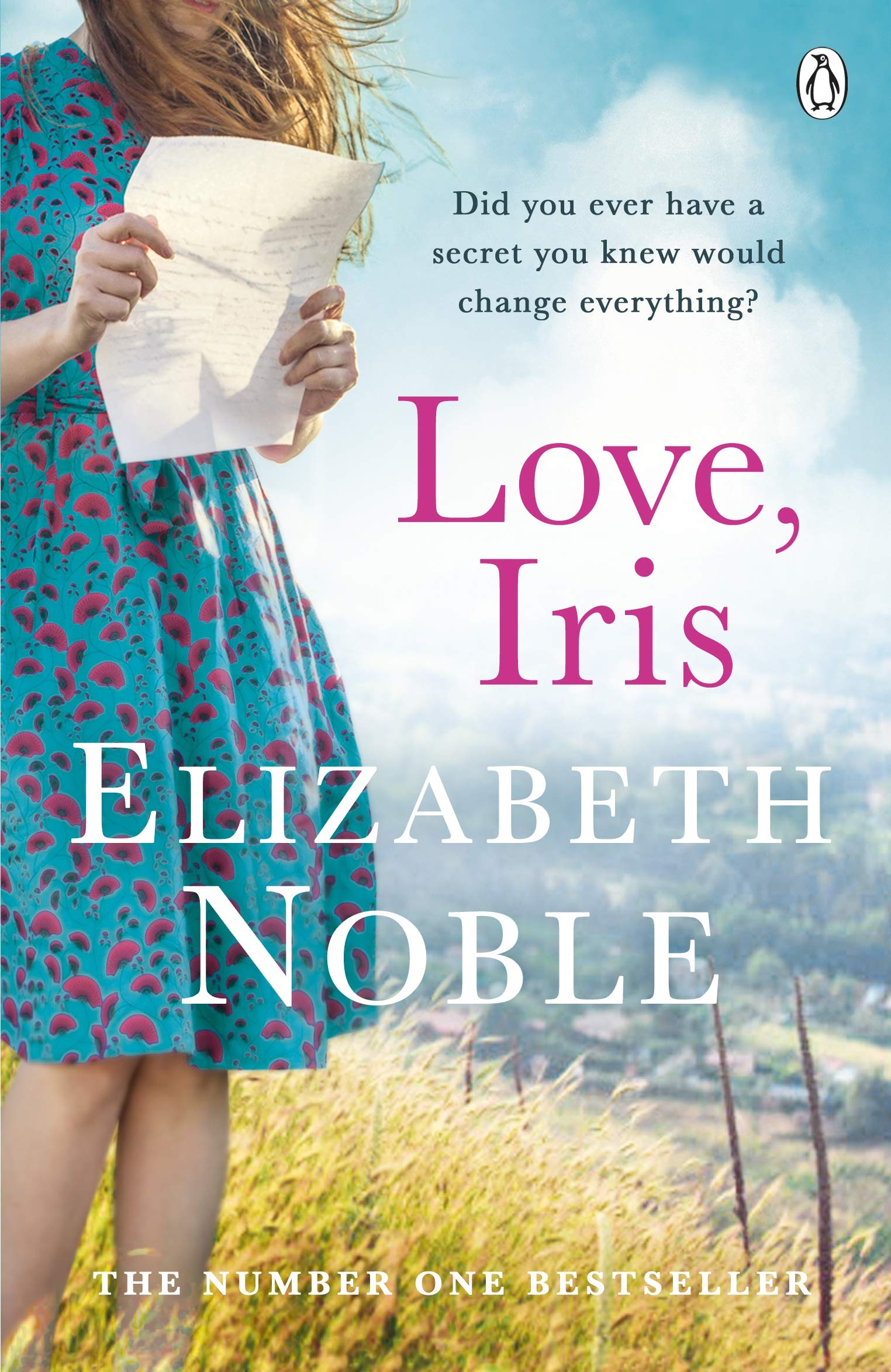 We’re now entering the simple, easy, relaxing reads of the honeymoon (coincidentally the last two novels are both by Elizabeth Noble, but these happen to both be the first I’ve read of hers – I know her name from novels my Mum has read though).

Blurb: Tess’s happy childhood memories are mostly of the grandmother who helped raise her. And now she has a secret to tell Iris – one which will turn so many lives upside down.

But how can you confide your future in someone who barely remembers her past?

Tess knows everything is about to change. What she doesn’t know is that chance will lead her into the lives of two strangers – and uncover her grandmother’s secret from the past.

A secret which will illuminate her own future.

My review: Ahh, the relaxing holiday read – when romance, simplicity and straightforward storylines are everything you need to accompany your lunchtime cocktail. If that’s your holiday novel preference then this one is for you.

The characters are all likeable, although I didn’t find them particularly relatable – but then again I’m not a 50 year old mum of three like Gigi (although I’m drawn to a lot of novels that feature this stereotype of characters!). I must admit I was waiting for a huge big twist and, whilst there was some little ones throughout, there was nothing massively shocking.

It’s a lovely warm read, it didn’t blow me away with suspense or excitement, but not every novel needs to do that

5. The Girl Next Door – Elizabeth Noble

By pure coincidence, this was another charity shop find of Elizabeth’s – as soon as I saw it was set in New York, I picked it off the shelf without properly reading the blurb. I’ve LOVED New York ever since visiting there for the first time last year where we got engaged. I feel like we have a connection now, ya know?

Blurb: What makes a house a home?

For Eve Gallagher, home is miles away in England since she and her husband relocated to an apartment building on New York’s Upper East Side. And life isn’t remotely coming up roses.

What makes a neighbour a friend?

Violet has lived in the building for decades but she’s always kept herself apart, until Eve’s loneliness touches her heart and friendship blossoms.

What makes a wife a lover?

Jason Kramer in Apartment 6A is no longer sure he loves his wife, but he’s head-over-heels for Rachael Schulman in 6B.

What makes the girl next door the woman of your dreams?

Meeting Emily Mikanowski from 3A turns Trip Grayling’s world upside down. It’s love at first sight, but he needs help from Charlotte, the shy romance addict in 2A, if he’s going to win the girl.

My review: Wow, what a lengthy blurb. No wonder I didn’t bother reading it until after I bought it.

I found the start of this book really strange – there was a glossary of all the characters, which confused me and made me panic that there was going to be an overload of characters throughout that I wouldn’t be able to keep up. I was kinda right.

The main story focusses on Eve, but these little sub-plots of the other residents of the apartment block were ongoing in the background. I often found myself reading some of these sub-stories super quick so I could get back to the main story of Eve. I think it would have been just as good without all the extras, but some of them did have warm and romantic stories.

I don’t like the term a ‘trashy read’ even though when I use it, I mean it in a genuinely positive way – ie a novel with no real hard-hitting plot, but an easy read with some warm and romantic storylines. So I would say this could fall into this category.

I loved writing this review and reminiscing on all these reads, they take me straight back to my gorgeous honeymoon villa.

I say it almost daily, but I really need to watch less Netflix and read more novels….

One thought on “Holiday Reads Review: The 5 books I read on my honeymoon”

This blog was created in the midst of Covid-19, as a space to channel the ramblings I used to vocalise to other humans prior to social-distancing and put them into this virtual space instead.

My main loves include Prosecco, Writing & Jodi Picoult, with an affinity for nachos.